Here are some highlights and pictures from the Emyr Humphreys Centenary symposium and public lecture organised by CREW at Swansea on 13 April 2019.

We were very lucky to have photographer Bernard Mitchell in attendance and most of the pictures here are taken by him. 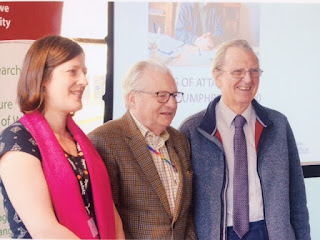 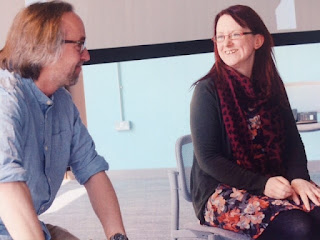 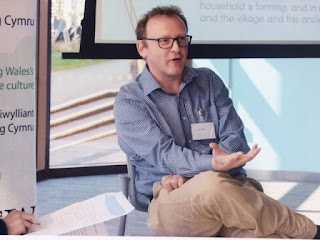 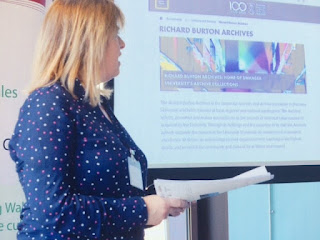 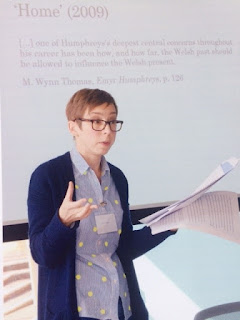 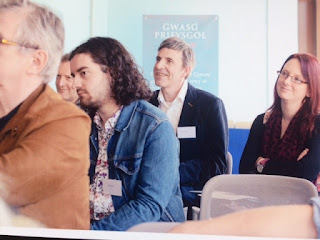 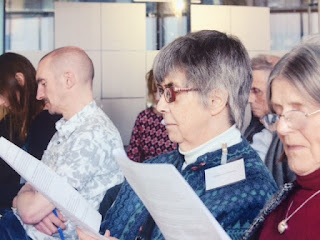 Twitter #EmyrHumphreys100 captured a flavour of the discussions of Humphreys' literary legacy and his place in ongoing academic debate, a few of which are embedded here.

The Deputy Minister for Culture, Lord Dafydd Elis-Thomas, opened the day with personal reflections on the national and international significance of Emyr Humphreys.

.@wgdep_culture reflects on the influence of Emyr Humphreys on his own cultural development.

Humphreys was producer of the Y Ddrama yn Ewrop radio series, which led to the translations of Beckett that @Rhianeddjewell considered in our lecture earlier this week!@CREWswanuni pic.twitter.com/cCYOsCsePt
— The Learned Society of Wales (@LSWalesCDdCymru) 13 April 2019

Personal reflections on the importance of Emyr Humphreys by the Minister for Culture @SwanseaUni pic.twitter.com/GEpPTQo7AI
— CREW Swansea Uni (@CREWswanuni) 13 April 2019

Humphreys as critic of the civic. His Non-conformity not messianic universalism, much closer to the Jewish particularism of the early church as explored by W. D. Davies. The Welsh-Jewish analogy explored by @JasmineDonahaye characteristic of Humphreys’ fiction. 3 prophets look on pic.twitter.com/kofgVs8063
— Daniel G. Williams (@DanielGwydion) 13 April 2019

We managed to over-run a little what with me getting carried away with parallels between Tristan Hughes' Revenant and Emyr Humphreys' Toy Epic and a heated debate amongst the audience about whether Humphreys' writing can be described as Faulknerian.  Faulkner was certainly important to the development of both Humphreys and Hughes.

And to finish the day we decamped to Cinema & Co, for a moving talk by Candida Clark.  There was indeed wine - and futons!

#CandidaClark is doing a wonderful talk & being honest about talking about someone as accomplished as EH #EmyrHumphreys100 pic.twitter.com/H2fuYOwGEs
— Michelle J Deininger (@dr_deininger) 13 April 2019

We are very grateful to UWP who created a stupendous display of their Humphreys titles, coped with running upstairs to get a signal their card reader and still managed to sell loads of books.

We’re all ready to go at the Emyr Humphreys Centenary Symposium. Make the most of our discounted titles today! pic.twitter.com/lKJRqW6jap
— Uni of Wales Press (@UniWalesPress) April 13, 2019