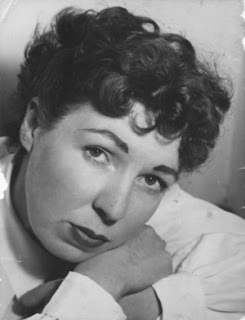 2009 is the centenary of the birth of Lynette Roberts (1909-1995), the modernist war poet who produced her most important work in West Wales.

Organized jointly by CREW and Patrick McGuinness of St Anne’s College, Oxford, the conference opens on Friday 30th with a showing of the recent BBC4 film about her, in the company of writer and presenter Owen Sheers, and ends on Saturday 31st with a poetry reading by poets from Wales and beyond.

Conference speakers will include Deryn Rees-Jones, Patrick McGuinness, Stella Halkyard, John Goodby, Charles Mundye, Zoe Skoulding and the poets will be Deryn Rees-Jones, Menna Elfyn and Nigel Jenkins. Angharad Rhys, Lynette's daughter, will talk about her mother's life, and there will be an exhibition of photographs, books and papers from the Lynette Roberts family archive.

More information is available from Professor Patrick McGuinness, St Anne's College, University of Oxford, OX26HS (patrick.mcguinness@st-annes.ox.ac.uk).
Registration is with the Dylan Thomas Centre on 01792 463980
Posted by Daniel Williams at 14:09 No comments: 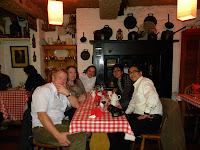 The symposium on Raymond Williams in Transit: Wales – Japan took place on Friday 16th October, and proved to be a very stimulating event. Pro-Vice Chancellor for Research at Swansea University, Noel Thompson, opened proceedings by evoking the cultural tradition within Marxist thought, with its roots in Marx's 1844 manuscripts and its most influential formulations appearing in the works of Ruskin and Morris, and later, Raymond Williams himself. Chris Williams offered a fascinating comparative account of Welsh and Japanese coalfield societies, with the main areas of difference being the relative absence of independent trade unionism in Japan, and the nature of post-industrial depopulation in the two nations. M. Wynn Thomas, who chaired the morning’s proceedings, suggested during the lively ensuing discussion that cultural factors seemed to be the determining elements in the form taken by industrialisation in different contexts. Shintaro Kono’s paper centred on an illuminating comparison between Raymond Williams and the Japanese novelist Soseki Natsume. Drawing on Williams’s theorisation of the relationship between the country and the city, Shintaro explored the impact of modernity on Japan, and the forms of cultural inferiority and resistance that the ‘Westernising’ process of modernity had on Japanese society. Williams’s notion of the ‘double vision’ that resulted from the movement from the country to the city offered a highly productive model for comparative literary study. 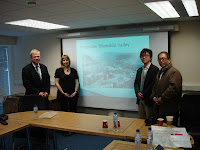 Takashi Onuki’s paper on the process of translating Raymond Williams, concentred refreshingly on Williams’s writings on drama, particularly his early Drama in Performance, and minor masterpiece, Modern Tragedy. Takashi explored the multiple meanings of the word ‘action’ in Japanese, and used that exploration as a basis for discussing the many uses of ‘action’ in Williams’s own criticism, while drawing for comparison on the works of Brecht and Hannah Arendt. Gwenno Ffrancon explored the role of Wales in the imaging of industrial society in contemporary Japanese animator Miayzaki’s film ‘Laputa: Castle in the Sky’. Miayzaki’s visit to Wales during the 1984-5 miner’s strike influenced his own political orientation, and was used by Gwenno as a basis for comparing the animation industries in Wales and Japan.

It was a delight and privilege to have welcomed Shintaro Kono and Takashi Onuki to Swansea, and it is confidently hoped that further collaborations will develop from this event.
Shintaro Kono's account of the visit in Japanese (with pictures) can be accessed here:
http://d.hatena.ne.jp/shintak/ 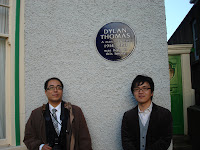 The State of Welsh Writing in English 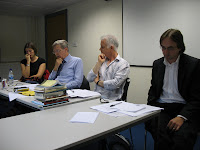 YouTube viewers of the discussion between Slavoj Zizek, Alain Badiou and Cornel West, would have enjoyed the session on ‘The State of Anglophone Literature’ which took place on Monday October 12th and featured M. Wynn Thomas, John Goodby and Daniel Williams. Wynn discussed the publishing scene in Wales in the years after devolution and focused on the role of the Welsh Books Council. While there is much to celebrate in relation to the publishing scene in Wales today, the economic crisis will have an effect in coming years and the absence of Welsh writing in English in our schools continues to be a major area of concern. Wynn lamented our apparent inability to develop a discourse sufficient to argue the case for liberal arts in an age dominated by the language of business and economics. Daniel Williams looked at some contemporary trends in literary criticism, and while welcoming comparative, transnational approaches, suggested that the danger is that we overlook cultural distinctiveness. He suggested that the challenge for critics of Welsh writing in English is to resist the tendency to apply theories from above, but to develop theories that allow us to explore the burden, the privilege, and specificities of biculturalism. 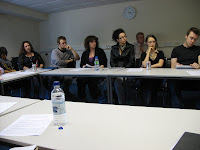 John Goodby argued that the process of canonising Welsh Writing in English in recent years had functioned to exclude the most valuable poetic tradition of all – that of experimental poetry with its roots in the modernism of David Jones, Lynette Roberts and Dylan Thomas, and which continues today in the works of writers such as Peter Finch, John James, Wendy Mulford and Childe Roland. Several of John’s most recent initiatives are aimed to bring this tradition from the margin to the centre of our field of study.

The session, chaired by Kirsti Bohata, was the first of ‘The State of the Nation’ series, arranged by Jonathan Bradbury for the Richard Burton Centre. The next session will be on October 26th when Professor Kevin Morgan of Cardiff University will explore ‘Devolution’s Dividends’.
Posted by Daniel Williams at 14:04 No comments:

Because of the organisers' Welsh-Irish background there was a particularly strong 'Celtic' flavour to the conference. One of the keynote speakers was Andrew Green, the Librarian of the NLW. NLW was an early practitioner and advocate of digitisation and remains at the cutting edge of digital technology and policy. Appropriately enough, Andrew Green talked about the future of digitisation in a world post-google and speculating on the perhaps more sinister side of 'big digitisation' by commercial companies. The full text of his talk is available here. 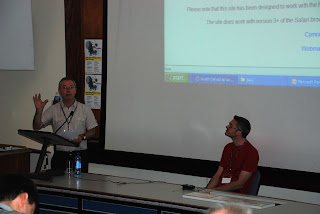 Clarke). Dafydd Johnston and Alexander Roberts gave a talk on the Dafydd ap Gwilym digital edition which was created at Swansea.

Not only did Lyn Lewis Dafydd (NLW) give a cutting-edge paper on metadata, he also treated a packed lecture hall to a performance of the 18th century ballad, 'Mochyn Du' - an unexpected and memorable way of presenting the Welsh Ballads project . Culturenet Cymru, Lampeter and Cardiff also contributed (a full programme is still up on the conference website).

The DHO emerged from the conference as the true, if financially endangered, heroes of the digital humanities scene under the formidable and inspiring leadership of Susan Schreibman. As Jane Ohlmeyer, our final keynote, passionately and persuasively argued: what we need in the Digital Humanities is a sustainable infrastructure supported by a national policy, delivering a trusted digital repository and ensuring digital content can be accessed and shared beyond individual digital silos.
Wales, with it's particular educational, cultural and political institutions, seems extremely well placed to develop such an infrastructure. Watch this space.
Some rather dark conference pictures: James Cummings and Hugh Denard; Susan Schreibman introducing Jane Ohlmeyer and Marie Wallace; Kirsti Bohata indulging in a well-earned drink; poster and drinks reception in the Great Hall, Queen's.

Posted by Kirsti Bohata at 09:22 No comments: