Long Revolutions in Wales and Japan: Raymond Williams in Transit 3

Daniel Williams’s opening remarks offered an overview of the reception of Williams’s volume The Long Revolution (1961). He argued that while much in the book prefigures future developments in Williams’s thinking and that it contains some of Williams’s best writing, the central notion of a ‘common culture’ is one that Williams began to overtly question in his later writings, and was already been problematising in his fiction.

Williams’s direct engagements with psychoanalysis are somewhat rare, but the opening sections of The Long Revolution do indeed attempt to engage with some of the developments in the the field at the time. Fuhito Endo developed this thread in Williams’s work to explore the possibility of much stronger connections between Williams’s cultural materialism and Freudian psychoanalysis. Williams’s concept of the ‘residual’ which ‘has been effectively formed in the past, but is still active in the cultural process’, shares some similarities with Freud’s notion of ‘affect’, which Endo suggested has ‘also been formed in the past, but is still active in the psychic process’. The homologous relationships between patterns in Williams thought and psychoanalytic theory were explored in some detail, and while Endo focused on Williams’s criticism, his approach seemed to suggest some particularly fruitful ways of thinking about Williams’s fiction.

Yasuhiro Kondo did turn his attention to the fiction, and discussed the ways in which Williams developed the realist tradition in his second novel Second Generation. Drawing on the argument in the Long Revolution that ‘changes in primary relationships ... will have observable social effects’, Kondo explored the connection between individual and social change in Second Generation. ‘The growth of love and the capacity for loving are fundamental in the development of society’ argued Williams, and Kondo read the novel as a fictional exploration of those ‘fundamental’ relationships. 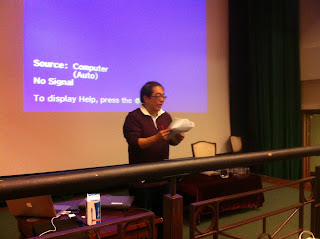 The 3/11 of Takashi Onuki’s ‘Culture and Society after 3/11’ referred to the date of the Fukushima Nuclear disaster. The development of the nuclear industry in Japan happened according to the requirements of a rapidly expanding late capitalist system which paid little attention to the real needs of the country’s citizens, The struggle between human needs and capitalist accumulation lies at the heart of Williams’s life-long project, and Onuki drew on the tradition of resistance mapped out in Culture and Society as a resource in the contemporary re-making of social and environmental policies.

Kieron Smith drew on his research on Welsh poet and film-maker John Ormond to explore the values informing the BBC in the 1960s, and the way in which Ormond represented Wales and the idea of an ‘educated democracy’ in his work. The dialogue between Williams’s commitment to an ‘educated democracy informing a common culture’ and Ormond’s more Arnoldian concept of culture as the best that had been thought and said offered an illuminating insight onto Welsh cultural debates and values in the 1960s.

Onuki, Kono and Williams, all involved in the firs Raymond Williams in transit session, joined each other on stage to consider the relevance of The Long Revolution today. The discussion was chaired by Dai Smith who emphasized the educational imperative informing Williams’s work. The principle of a comprehensive education available to all was established by the time Williams was writing, but the question of what kind of education was, and still is, a hotly contested topic. Williams placed the arts at the centre of his vision. Education should not merely be offering the tools for wealth accumulation and econimic success, it should also offer insights into the reasons for why that life is worth living. Kono expanded on these insights to suggest that the concept of revolution could not be understood in the same ways in different contexts, and as capitalism had proved adept at sublimating and assimilating radical tendencies the idea of revolution had to be continually re-visited and re-invented.

Each of our Wales-Japan events has featured the application of Williams’s criticism to the reading of Japanese texts. This is what Ryota Nishi achieved in his paper on Kazue Morisaki. Morisaki’s representation of the ‘underground labourer’ opened the possibility of comparative research into the fictions produced by coalfield societies. 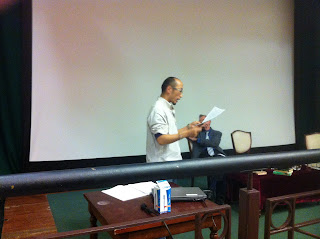 It perhaps time now to think back over the three events held so far (in Swansea (twice) and Japan (once)) and to consider which comparative threads are worth developing in the future as this wonderfully rewarding dialogue with colleagues in Japan continues.
Posted by Daniel Williams at 15:01 No comments: