CREW at the AWWE Conference: Report 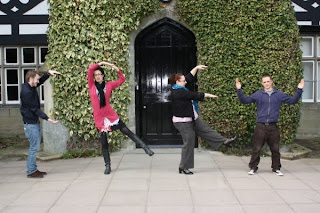 The intrepid foursome set out from Swansea University on the awfully big adventure of their first taste of the annual Association of Welsh Writing in English conference at Gregynog. MA students Kieron Smith and Ed Spence, together with first year PhD researchers Charlotte Jackson and Liza Penn-Thomas, were heavily reliant upon satnav and a copious supply of Haribo to keep them on course. Braving the winding lanes and suicidal pheasants was well worth it as we drove up the lane to the impressive facade that our venue provided. Yet all of us took very little time to settle in to what could have been an intimidating experience. As Kieron says of the whole atmosphere at the conference, it was “friendly, welcoming and not too forbidding.”
Commencing the official itinerary with the long awaited launch of Slanderous Tongues in many ways set the tone for the days that would follow. Editor Daniel Williams explained that part of the projects initial objectives had been to include the work of the fresh young academics that were coming through into the field of Welsh Writing in English, at the time that the collection of essays was commissioned. As Daniel did point out, most of the contributors (and the editor himself) were by now slowly creeping into middle-age! The encouragement that established academics have so freely given to the newer and younger academics over the years could be seen in the thriving research community present in that room. And all of us CREW first timers were struck by how easy it was to find ourselves in conversation with the leaders in the field. 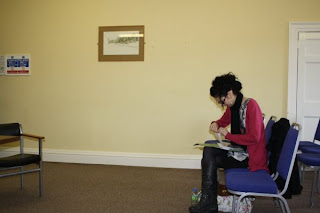 One such leading figure addressed us on Friday night as Dai Smith delivered the first keynote of the conference. His assertion, as series editor, that the Library of Wales was not a canon formation exercise was not a view with which we necessarily agreed. Though his explanation of the method used in choosing the texts for publication was enlightening and interesting. The following day’s speaker Jane Aaron directly equated the anthologising of writers and their works with a process of canon formation. This was a fascinating and entertaining paper tracking the erratic presence of female writers in the anthologies and compendiums of the last 10 decades. The downturn recorded in the ratio of women represented in the collections, since the 1970’s, was a surprising trend. Jane’s paper proved perhaps that the need for a female only press, as Honno is, still very much exists and, furthermore, that critical studies recognizing the valuable contributions of women to the field of Welsh Writing in English continue to be an essential area for research. This felt very much to me as if the speaker was passing on a baton to the younger generation of academics. 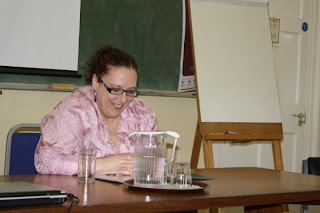 One of the most stimulating speakers came on Saturday. For Kieron the “Aftermath of Bertolt Schoene's paper on cosmopolitanism” was definitely the highlight of the conference. Schoene’s controversial ideas on the globalised future of cultural identity proved a unifying force in itself, as Ed explains “he seemed to unify the room into a canon of not agreeing with him”. Being the last speaker on Saturday evening ensured that the debate continued over dinner and beyond. Although Shoene’s ideas were hotly debated for their extremity, other speakers too challenged the definitions of what should constitute a canon of Welsh Writing in English and the way in which we relate to other canons. I was particularly struck by Kirsti Bohata’s paper which highlighted how texts vigorously engage with other writing genres, her example looking at representations of lesbian desire in Anglo-Welsh literature. On Sunday morning Geraint Evans proposed a whole new field of critical enquiry, under the working title of Cambrian writing, which could take under its wing writing about Wales by non-Welsh writers and in other languages apart from English and Welsh.
Both Charlotte and I found that one of the most useful aspects of the weekend were the discussions that followed our first papers at an AWWE conference. Both in terms of the skills we were given opportunity to exercise and the exchange of ideas and suggestions that help to inform our further research, our session was an uplifting end to an inspiring weekend. We look forward to continuing in Welsh Writing in English with excitement, as there are still so many excellent texts to study and new ways of looking at them to be explored. Most of all, there is a sense of community and co-operation within this field that was fully evident to us at this year’s annual conference. It is not a community in which we all necessarily agree with one another but rather where ideas can be expressed, debated and developed.

By Liza Penn-Thomas
Ably supported by Ed Spence, Kieron Smith and Charlotte Jackson.
Posted by Daniel Williams at 17:43 No comments:

Academi has announced its Longlist for this year’s Welsh Book of the Year and CREW (The Centre for Research into the English Literature and Language of Wales) is delighted to see its members and associates represented.

Jamine Donahaye’s collection of poetry Self-Portrait as Ruth (Salt). Jasmine Donahaye completed her PhD with us, and is a CREW Research Associate.

Emyr Humphreys’s collection of short stories The Woman at the Window (Seren) is the third CREW presence on the list. Emyr Humphreys is one of three honorary patrons of CREW. This volume was assembled by Professor M. Wynn Thomas, Emyr Humphreys Research Chair at CREW.
The CREW presence on this year’s longlist builds on past successes. Profesor Dai Smith’s Raymond Williams: A Warrior’s Tale (Parthian) was Longlisted in 2009, and Daniel Williams’s Ethnicity and Cultural Authority (Edinburgh University Press) was Longlisted in 2007.

Gay Pride and Prejudice Since Devolution 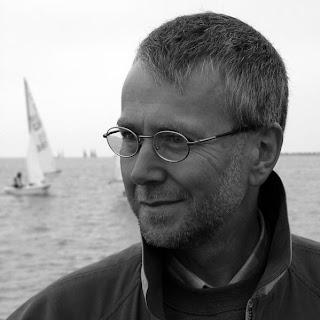 The next seminar in the Richard Burton Centre’s series on ‘The State of the Nation: Ten Years Since Devolution’ will be delivered by author and gay rights activist John Sam Jones.

‘A Welcome in the Hillside? Gay Pride and Prejudice Since Devolution’.

John Sam Jones writes about the lives of gay men in Wales - how they interact with their families, their culture and religious institutions, and how they explore sexuality in situations where prejudice is often all pervasive. He has been politically active with Stonewall for more than a decade and is currently a board member of Stonewall Cymru. He has worked as a hospital and prison chaplain, a public health specialist in sexual health and is currently the Schools Adviser for Personal and Social Education in Denbighshire. He lives with his Civil Partner, two dogs and a cat in a magnificent Victorian villa overlooking the Mawddach estuary.

Parthian Books have published two collections of John’s short stories: Welsh Boys Too (2000), which won an Honour Book Award from the American Library Association in 2002, and Fishboys of Vernazza (2003), which was long listed for Welsh book of the year. The Gay Men’s Press published John’s first novel, With Angels and Furies, in 2005. His semi-autobiographical Crawling Through Thorns was published by Parthian in 2008.