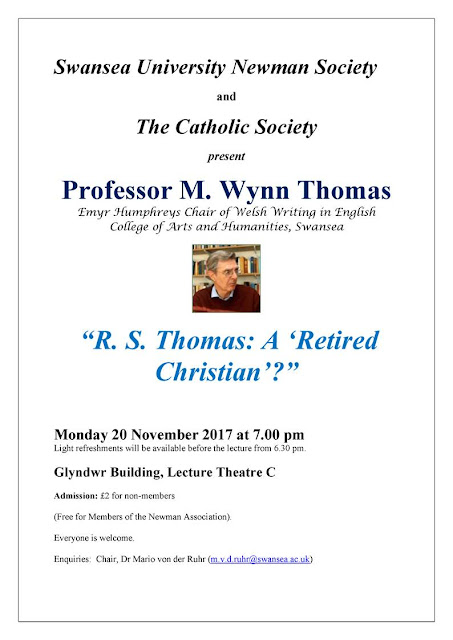 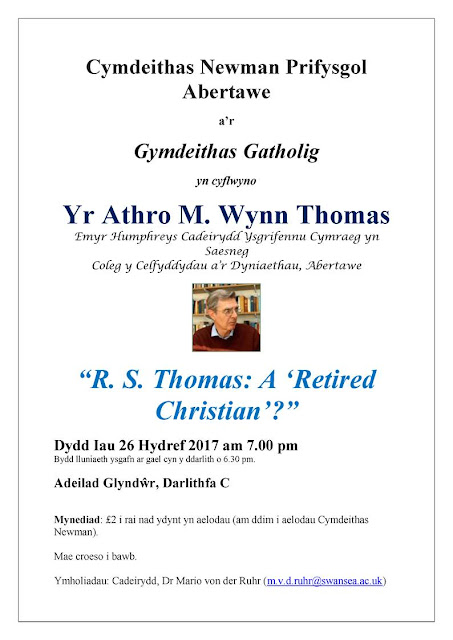 Posted by Daniel Williams at 20:51 No comments: 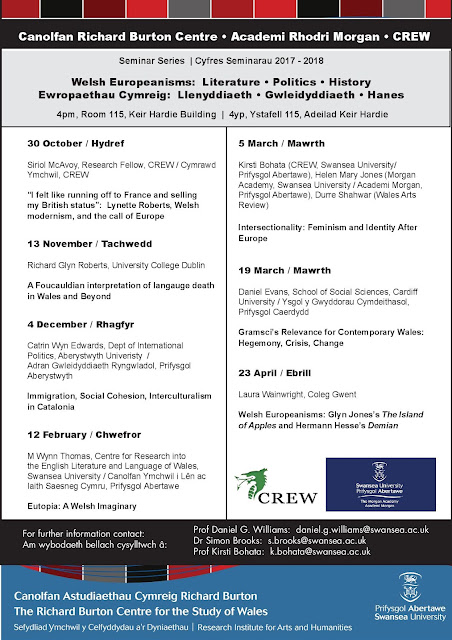 Posted by Daniel Williams at 20:48 No comments:


'A Foucauldian Interpretation of language death in Wales and beyond'


Croeso i bawb | All welcome
Posted by Daniel Williams at 20:37 No comments:

"I felt like running off to France and selling my British status”: Lynette Roberts, Welsh modernism, and the call of Europe

Argentinian-Welsh poet Lynette Roberts tends to be identified with a ‘localist’ strand of modernism, rooted in her ‘milltir sgwâr’ of Llanybri, Carmarthenshire. But she can also be seen as an ‘international-regionalist’, for her writing seeks continuously to open up the borders of Wales to other times and spaces. In this paper, I address Roberts’s engagement with the cultures of Europe, suggesting that this illuminates her own fluid, multifarious sense of belonging as a ‘colonial’ (and Welsh) woman writer.
Firstly I excavate Roberts's internationalism and solidarity with Europe in the context of the socio-political developments that marked the 1930s and 40s, including the rise of Fascism. Summarising the importance of her ‘continental migrations to Europe’ around this time, I turn to consider her engagement with the European avant-garde (Symbolist theatre, Surrealism, modernist design including Bauhaus and Le Corbusier). The third part of the paper will examine Roberts's interest in (what she sees as a) trans-European folk culture. Presenting her support for 'peasant' peoples and the rural dispossessed as indicative of her feminist and culturalist vision, I suggest that she fuses Welsh and European folk culture with avant-garde aesthetics in order to construct a new form of ‘naive modernism’ that champions a cultural rootedness without borders. 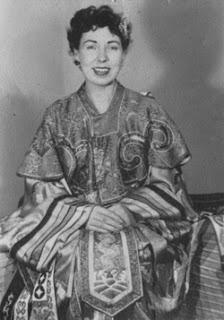 Posted by Daniel Williams at 17:42 No comments: 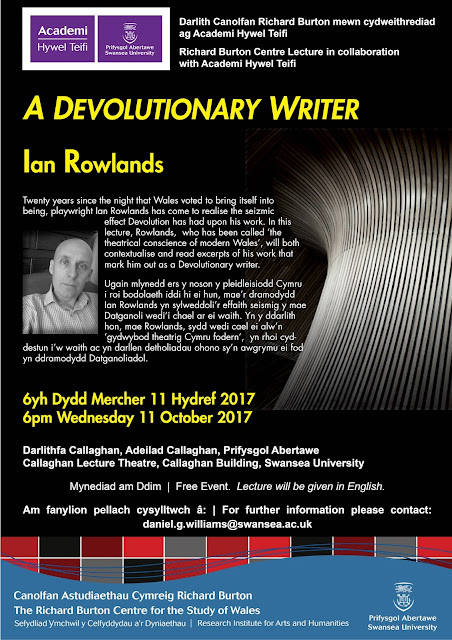 Twenty years since the night that Wales voted to bring itself into being, playwright Ian Rowlands has come to realise the seizmic effect Devolution has had upon his work. In this lecture, Rowlands will both contextualise and read excerpts of his work that mark him out as a Devolutionary writer.

Speaker's Biography
Ian Rowlands was born in the Rhondda. He has been called “the theatrical conscience of modern Wales” and his talent described as “a fusion of Dylan Thomas and The Manic Street Preachers”. As a theatre director, he has been at the helm of four Welsh theatre companies and his film 'A Light in the Valley' (director: Michael Bogdanov) won a Royal TV Society award in 2000. The author of fifteen plays, including Blink (which toured Wales, ran Off-Broadway and was adapted for Radio Cymru) and Desire Lines (Sherman Cymru). Radio credits include Gwennie (Radio 4) and several Radio Cymru and Radio Wales commissions. The recipient of two Creative Wales Awards, Ian recently realised Y Gadair Wag - a multi-media staged lecture with the National Poet of Wales Ifor ap Glyn. He is currently developing Aurora Borealis, a Welsh / Icelandic project.

Free admission. All welcome.
Lecture will be given in English.

It is 50 years since the publication of the groundbreaking May Day Manifesto, edited by Raymond Williams. To celebrate this milestone, and to reflect on its relevance today, the Richard Burton Centre's Director Daniel Williams will be joined in discussion by Bonnie Greer, Stefan Collini, Merryn Williams and Leanne Wood. More information, and how to book, can be found here.

Richard Burton Research Fellow Tomoki Takayama will deliver the first of our postgraduate discussion groups for this year at 3pm, Monday 6th March, in KH241.

Dr Takayama has been with us since October, working on the Raymond Williams papers in the Richard Burton archives.

Preparatory reading is Raymond Williams, 'Mining the Meaning' in the posthumous collection Resources of Hope (Verso, 1989).