Twenty years ago the Swansea author Amy Dillwyn was known, if at all, as a rather eccentric Grand Old Lady still remembered for her mannish clothes and for smoking cigars. When her biography appeared in 1987 a fuller portrait emerged of a splendidly clever woman who openly defied Victorian convention, ran a major industry virtually single handed and, incidentally, published several forgotten but very readable novels.

Until quite recently few readers have had any opportunity of finding out just how readable her fiction might be, but now thanks to the pioneering Honno Classics series we have seen attractive reprints of two of Dillwyn’s early novels with the possibility of more to follow. The first The Rebecca Rioter (1880) has already been well received and we now have A Burglary or, ‘Unconscious Influence’ first published in three volumes in 1883 and newly introduced with a perceptive and stimulating essay by Alison Favre.

To read the complete review CLICK HERE
Posted by Daniel Williams at 11:58 No comments:

Few periods in Welsh history can compete with the interwar years in either historical intensity or their proletarian writings. The trauma of unemployment and economic depression prompted several of the most famous examples of Welsh writing in English. Lewis Jones’s twin novels Cwmardy (1937) and We Live (1939), Jack Jones’s Rhondda Roundabout (1934), and Gwyn Jones’s Times Like These (1936) all resonate with the temperament of the period. They are all overshadowed by Richard Llewellyn’s How Green Was My Valley (1939) in popularity of course but a case can be made for Black Parade (1935) as being the far more accurate and representative novel of the Valleys and their tumultuous history.

The novel is set in Jones’s native Merthyr; as the talisman of industrial South Wales the setting emphasises the blurring of fiction and fact that so marks Welsh novels of the thirties. Indeed, the novel, throughout, introduces us to historical characters – A. J. Cook, the miner’s leader; Wal Hannington, the Communist activist and writer; Lloyd George, Keir Hardie, and D. A. Thomas all get a mention – all of which underscores the realism that shoots through the story.

To read the full review CLICK HERE
Posted by Daniel Williams at 11:50 No comments:

CREW's new initiative, an online review of books, aims to publish high-quality reviews of English language fiction and non-fiction commissioned from postgraduates, academics and the wider literary/artistic community. We hope these will serve to promote the vibrancy and currency of the academic and literary culture of Wales. For further information see: http://www.swansea.ac.uk/CREW/CREWReviews/

Twenty years ago, Bill Ashcroft, a cultural theorist in the vanguard of postcolonial studies, observed that ‘above all, the post-colonial is a discourse of place.’ Diane Green’s book provides material evidence that Emyr Humphreys was aware of this idea many years earlier. She sustains a convincing argument for one of the ‘defining figures’ of Welsh Writing in English in the last fifty years to be examined in postcolonial terms, both in respect of Wales in a period that is post-colonization, and through postcolonial methods that read across literary and cultural boundaries.

To read the full review on the CREW website CLICK HERE
Posted by Daniel Williams at 21:45 No comments:

Kathryn Gray, poet and editor of New Welsh Review, will be guest at our Postgraduate Discussion Group on Monday, November 23rd. This will take place in Kier Hardie Room 241 at 3pm.

At 4pm on the same day Simon Brooks of the Welsh Department, Cardiff University, delivers the Richard Burton Centre's 'State of the Nation' lecture on the Welsh Language and Multiculturalism in the Arts and Humanities Conference Room.
Posted by Daniel Williams at 15:49 No comments: 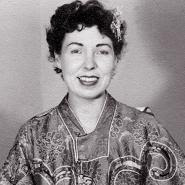 Professor M. Wynn Thomas writes:
A conference to mark the centenary of the birth of the remarkable late-Modernist poet Lynette Roberts was held on Saturday, October 31. A refreshing feature of attendance was its mixed nature – professional and lay, Welsh and English, postgraduates and published scholars, young and not-so-young. Particularly notable was the presence of one or two who remembered Roberts, in her later years, cutting an exotic figure in Llanybri and Carmarthen, dressed in colours as vivid as her extraordinary poetry.

The group of invited speakers, organized by Professor Patrick McGuinness of St Ann’s College, Oxford (who co-hosted the conference along with CREW), addressed many different aspects of Roberts’ work. Both her debts to Welsh culture (including her interest in the Welsh school of anthropologists during the thirties) and her place as a significant cosmopolitan figure in the late resurgence of Modernist styles were fully explored. A highlight was Patrick’s concluding interview with Roberts’s daughter, Angharad Rhys, who amused the audience by recalling that the family regularly received gifts from both Robert Graves and T. S. Eliot. ‘Eliot’s presents,’ she recalled to general incredulity, ‘were better. Graves made his own presents – toffee, fudge, that kind of thing. But Eliot gave useful, sensible presents, like money or something like a bike.’ Events were rounded off by a memorable evening of readings by contemporary poets – Menna Elfyn, John Goodby and Nigel Jenkins – and from Roberts’ own work by Margot Morgan.

The event was deemed a notable success, and such was the quality of the papers read that Patrick McGuinness hopes to ensure that they assume permanent form in print. Warm thanks are due to Dave and Jo, at the Dylan Thomas Centre, and for Fliss Wagstaff, who provided excellent support on the day. Without them, there would have been no celebration event and thus no opportunity for celebrating the success of a landmark conference.

Afterword: As we go to press, a copy of this week's Times Literary Supplement lands on my desk.
Posted by Daniel Williams at 14:14 No comments:

This year's series of Robeson Seminars in African American Studies have already begun.


Seminars are held in the Arts and Humanities Conference Room, Basement Floor, James Callaghan Building, unless otherwise stated.
All welcome.

Wednesday 11 November at 1.00 pm
Dr Andrew Warnes (University of Leeds)
‘Jitterbugging and Barbecue: Some Notes on the Impact of African-American Culture in Australia, 1943-5’
(Note change of venue: Keir Hardie 230)