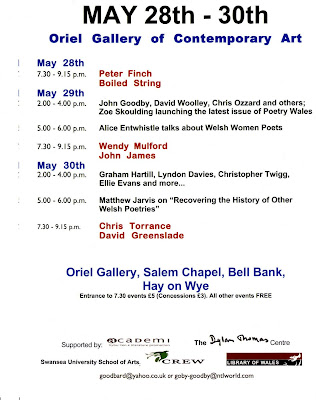 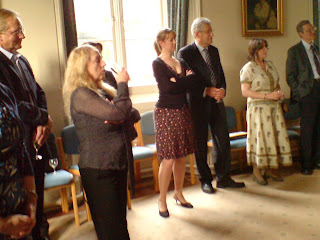 Ten years ago, the Department of English was approached by the Royal Literary Fund with the proposal that a partnership be formed that would allow the RLF to place a Writing Fellow in the department whose responsibility would be to help develop the basic language and writing skills of students right across the University campus. This proposal was warmly embraced by the Department, so that Swansea became one of the half-dozen universities to pilot a scheme that has, by now, been extended to almost 100 HE institutions across the UK.

The first Fellow to be appointed under this new scheme was Sally Roberts Jones, who ensured it got off to an excellent start. Her groundbreaking efforts enabled Stevie Davies, the next Fellow, to consolidate and develop the scheme quite dramatically, so that it became acknowledged by the RLF as a model for all other partner HE to emulate. With the arrival of Lucy English and Roger Garfitt the scheme took on other dimensions and further increased its impact, so that when Sally Roberts Jones returned, in partnership with Menna Elfyn, the scheme seemed at times in danger of becoming overwhelmed by campus-wide demands. In autumn, 2009, Jo Mazelis will succeed the retiring Sally to ensure, in partnership with Menna, that this invaluable service continues to flourish.
To celebrate the RLF-Swansea University partnership, a special event, hosted by the Vice-Chancellor, was held in the university’s Council Room on April 23, and attended by some 30 invited guests. In welcoming everyone to the gathering, Professor Richard Davies paid very warm tribute to the work the RLF had done at Swansea over ten years, and emphasised how vitally important the service it had providing had become. In thanking everyone who had been involved in the management of the scheme, he paid particular tribute to Sally Roberts Jones, who was presented, by way of acknowledgement, with two handsome presents to mark her retirement after the best part of a decade’s association with the RLF in the Swansea area. The first was an early edition of a Winnie-the-Pooh book – the RLF scheme is underpinned money from the A. A. Milne estate . The second was a beautiful limited edition of The Book of Ruth, published by the internationally renowned small press, Gwasg Gregynog. Both gifts were presented to Sally by Steve Cook, the initiator of the RLF scheme who had managed it with such notable deftness throughout the first decade of its life
Posted by Daniel Williams at 23:03 No comments: 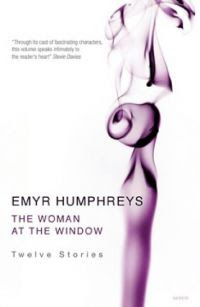 He published his first novel in 1948 and is still going strong more than sixty years later…. Emyr Humphreys, author of more than twenty novels (including the outstanding Outside the House of Baal), poet, cultural analyst and distinguished man of letters, celebrated his ninetieth birthday in late April. To mark the occasion, on Monday April 20th, over fifty of Wales’s leading writers and intellectuals gathered at an event at the National Library of Wales, Aberystwyth, to celebrate his remarkable contribution to Welsh culture. Tributes were paid by a number of figures, and particularly memorable were the clips of film shown of Emyr Humphreys’s work for television. These included a scene from a fifties production of Saunders Lewis’s great Welsh-language play, Siwan. Emyr Humphreys had both translated it into English and directed the actual production, that featured the handsome young Peter O’Toole (looking like a Fifties Rocker) and Sian Phillips in all her striking youthful beauty. (Contributors to the celebratory event also recalled that early in the sixties, Emyr Humphreys had been instrumental in providing the young Anthony Hopkins with his first big break on the stage – a service Humphreys had earlier performed for another Port Talbot product, Richard Jenkins/ Burton.) Another clip of film had been taken from Emyr Humphreys’s notable fifties film version of R. S. Thomas’s great poem, The Airy Tomb.

The climax of this ninetieth birthday event was the launch of two books. The first, published by Seren, was The Woman at the Window, a brand new collection of stories by Emyr Humphreys. The second, published by Gwasg Gregynog, was a handsome special edition of anthologies from Emyr Humphreys’ writings, entitled Welsh Time.

Having been edited by M. Wynn Thomas, this last volume represented another link between the Abertystwyth celebrations and CREW. Other strong links already existed, since Emyr Humphreys is an Honorary Patron of CREW and a longtime Honorary Fellow of Swansea University.
Posted by Daniel Williams at 22:56 No comments: