I am not sure how many people’s careers have been memorialized as a canal, but William Dillwyn must be amongst the most influential. A Pennsylvanian Quaker, William Dillwyn was central to the anti-slavery campaign. In 1808, Thomas Clarkson published a river map to show clusters of activists as tributaries and great rivers which fed into the sea of the anti-slavery movement. Uniquely William Dillwyn appeared twice on this map, each time – again uniquely – not as a river or tributary, but as a canal which linked up key campaigners. Professor Chris Evans (University of Glamorgan) put the still neglected William Dillwyn’s career into context as one of six talks on the Dillwyns staged as part of a one-day event to draw attention to this remarkable family. 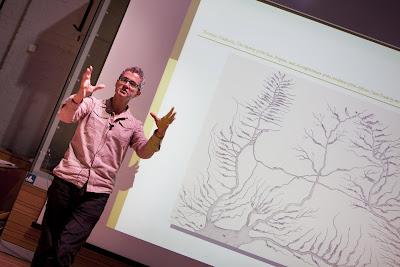 The Dillwyn Day, held at the National Waterfront Museum on Friday 22 June, was opened by Edwina Hart, Assembly Member and Minister for Minister for Business, Enterprise, Technology and Science

with a speech that testified to her longstanding personal interest in the Dillwyns of Penllergare House (who became Dillwyn Llewelyns on inheriting the estate). The text of her speech is available on the CREW website.

A talk on the Dillwyn Dynasty as a whole was given by Dr David Painting (in competition with some vociferous schoolchildren who chose that morning to visit the National Waterfront Museum!).

The Dillwyn family can be traced back at least to Herefordshire Quakers emigrated to Pennsylvania. The American William Dillwyn returned to Britain and bought Cambrian Pottery in Swansea for his son, Lewis Weston Dillwyn who would far rather have been a naturalist and indeed made a name for himself in that field. Lewis Weston was great friends with the eminent geologist Henry De La Beche and their children married.. Lewis Llewelyn Dillwyn and Elizabeth De La Beche built Hendrefoilan House and LLD became a popular Swansea politician, championing the cause of disestablishment in Wales. He was the father of the novelist, industrialist and campaigner, Amy Dillwyn. Lewis Weston’s daughter, Mary Dillwyn became Wales’s first female photographer and her pictures have been digitized by the National Library of Wales. His first son, John Dillwyn Llewelyn, became known for his pioneering photographic practices, his gardens at Penllergare and his observatory. Amongst his children was Thereza Dillwyn Llewelyn, who married the naturalist Nevil Story Maskelyne, and whose interest in science and photography led her to correspond (via her husband) with Darwin. It is her photograph which is on the flier.

Sadly, the Dillwyn name did not survive. Although Amy Dillwyn bequeathed her estate to her nephew, Rice, who changed his name to Dillwyn, his son Colin was killed in the Second World War. The war came before he had a chance to pursue a thesis at Oxford University on American Anti-Slavery campaigners. Had he been spared to complete that project, as David Painting remarked, perhaps William Dillwyn’s legacy would not be so comparatively neglected today.
Other talks highlighted the scientific, literary and political contributions of the Dillwyns. Richard Morris gave a talk on pioneering photographic techniques illustrated by an array of amazing images, including a wonderful example of a Victorian collage. 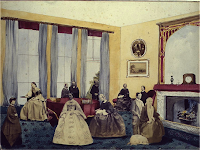 Professor Iwan Morus(Aberyswyth University)explained why the British Association for the Advancement of Science held their meeting in an otherwise remote corner of Wales in 1848. But even before the railways arrived at Swansea in the 1850s, this was an ‘intelligent town’ with science and culture at its heart. Dr Kirsti Bohata (Swansea University) spoke about Amy Dillwyn’s attempts to represen this industrial world in her fiction of the 1880s, which is unusual in its inclusion of images of heavy industry, particularly metal working (in which her family and Swansea as a whole was deeply involved). And Professor Prys Morgan (Swansea University) delivered a typically spellbinding talk on how Lewis Llewelyn Dillwyn contributed not only to the Liberal party, but put down Welsh roots in his cultural and political activities.

Swansea Museum provided a digital exhibition of early photographs and, to the delight of those who still value the tangible, brought in reproductions of the original photograph albums for people to handle and inspect.

The event was organized by the Dillwyn Working Group and CREW at Swansea University and the Learned Society of Wales, with financial support from the AHRC, CREW and LSW. Sincere thanks to Dr Sarah Morse, Executive Officer for the Learned Society and formerly a doctoral student at CREW, for co-organising the day.

For more information on the Dillwyns and the Dillwyn Project at Swansea University please visit the CREW website: www.swan.ac.uk/crew/researchprojects/dillwyn/

More pictures of the day can be found at the Learned Society of Wales website. 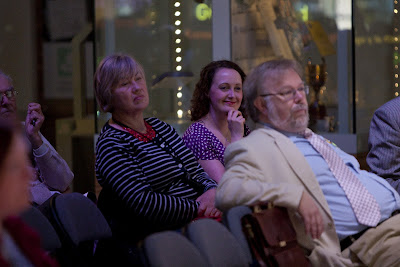 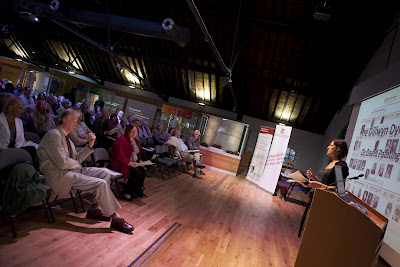 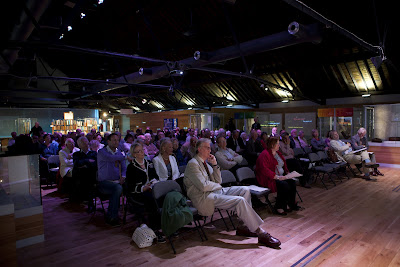